The earliest reference to a building on the present site of Wheatsheaf Hall is in 1880 when there was a small villa standing in its own gardens.

The villa and land was brought by Mr William Sproston Caine, a well-known Philanthropist and temperance reformer. As Social, religious meetings and societies flourished a new mission hall was commissioned with much of the £4000 it cost to build being paid for by subscriptions and donations. The hall was designed by a Mr Williams and built by Messrs Higgs and Hill. 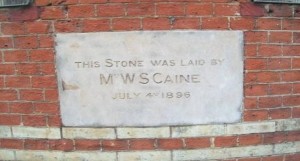 Until 1939 it was used as a mission hall and pioneer library, the first free public library in Lambeth. In the first year the library of 1000 books were issued nearly 7,000 times. Once the stock increased to over 4,000 volumes a house was rented on South Lambeth Road to hold them and provide rooms for readers.

The hall was left empty for a time in the 40’s until 1946 when the Council purchased the building and rented it out to businesses including a printer and Cinebuild film, television and theatrical special effects. 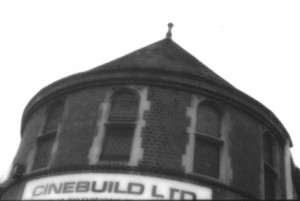 Lambeth Council apply for planning permission to use it as a tenants hall/community centre.

Wyvil Tenants Associations and members of the Stockwell and Vauxhall Neighbourhood council make grant applications for internal and external renovations. Inner city Partnership awarded a grant and the Council issued notice to quit to the tenants Cinebuild. Cinebuild contested the Notice and legal processes took until December 1984 when the council finally won the case.

In 1983 a feasibility study was commissioned to bring the hall into community use. 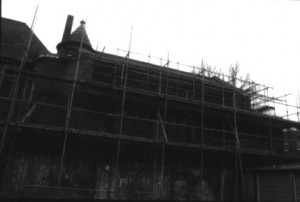 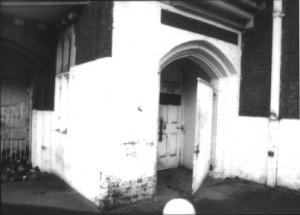 Saturday 7th May 1988 The Wheatsheaf Hall Community Centre was opened by the Mayor after major refurbishment costing £117,000.

Present use of Wheatsheaf Hall 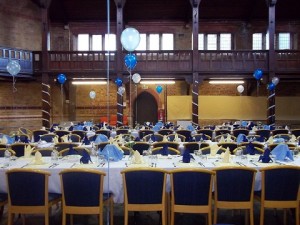 A volunteer management committee manages and maintains the hall and is made up from representatives from Mawbey Brough and Wyvil Estates, user groups and local residents. If you would like to be involved in the running of the Wheatsheaf hall please contact the bookings officer.

The fabric of the building including the floor and heating system in the main hall is in need of refurbishment or replacement. Due to Grade 2 listed status only certain materials and techniques can be used making all repairs and refurbishments more costly.

In April 2013 Lorraine Hart of Community Land Use was engaged as a consultant to support the committee to devise a structure and a business plan that will enable the Wheatsheaf Hall to continue to serve the community as it has done since 1988. Work has already started with the refurbishment of the Kitchen and disabled toilets and grants are currently being sought to fund the replacement of the floor and heating in the main hall and the other works needed to bring the building back to it’s former glory.

We recommend you use our online form.